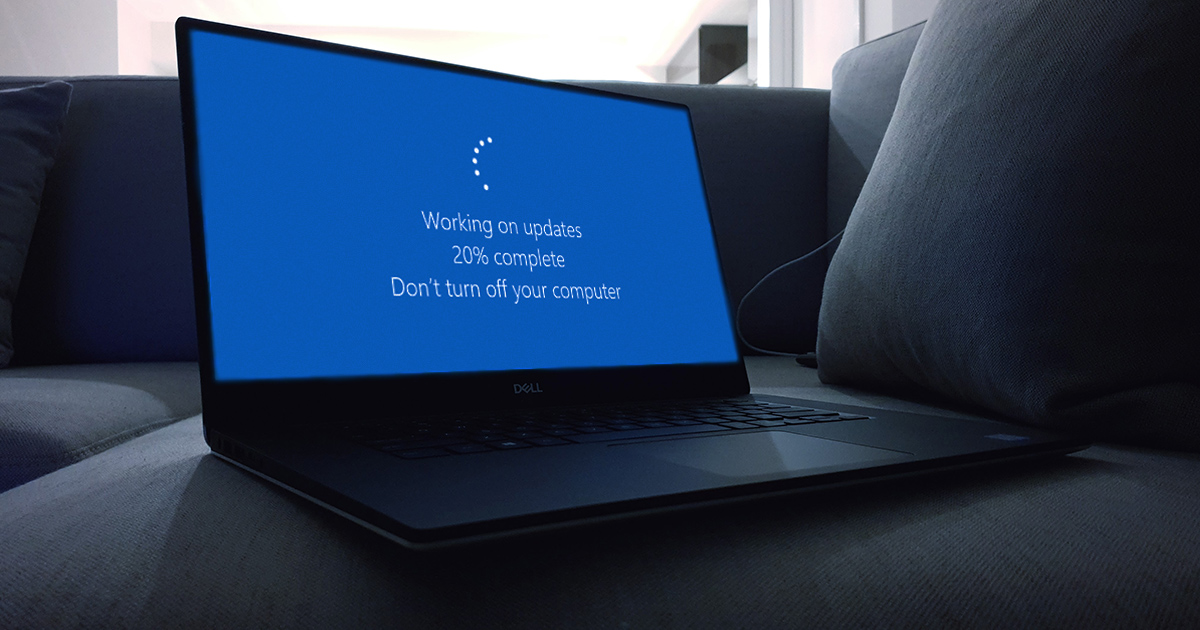 Wait, what?  That is right, the latest feature update from Microsoft is 2004, being released in the year 2020.  Do not be confused by the version number, as it means that it was available for release in April (04) of 2020 (20).  Enough of that explanation, let’s get started as to what this is all about, and some considerations you need to keep in mind.

What’s In The Update

Microsoft’s 2004 is packed with many features that you should find helpful, and in many cases, secures your machine better.

Virtual Desktops are one area that Microsoft made some improvements on.  If you are not familiar with this feature, which has been out for more than a year, you have the ability to set up different screens with different layouts. That way you do not have to have more physical monitors.  With this update, you can now label your virtual desktops to better keep track of what is on those screens, whereas previously they had the generic label “Desktop 1”, etc.

In the past, Cortana, Windows digital assistant, was tied into the search function and appeared in the search bar at the bottom of your screen.  Now, Cortana is a standalone Windows Store app, with its own separate search bar.  This is going to help Microsoft push out updates for Cortana faster, instead of it being tied to the current update cycle which takes months.

As for Windows Search, the entire area has been redesigned.  Now you can get access to recent files, documents, as well as there is a filtered view for apps, email, web and other items.  There are quick buttons for things like Weather and Top News.  The overall takeaway here is a streamlined area that makes it easy to find what you want.

Windows 10 released Microsoft Edge a few years ago, and while faster than its predecessor, it was not overall a huge hit with people.  However, with this update you have the new Microsoft Edge that is based on Chromium.  This browser is much faster than the current version of Edge and in many ways looks identical to Google Chrome.  Setup is easy, and you can import all your bookmarks into Edge in  just a few clicks.

The update was released on May 12, 2020, and will rollout over the next few months.  If you are wanting it sooner, you can use the Microsoft Assistant or goto Microsoft’s website and manually download it.  This update may take anywhere from 7-17 minutes, depending on your system, to actually apply once downloaded. This means, your computer is going to be out of commission until complete.

This is actually a good time to update your Windows 10 system, because we have seen many machines of late that are running unsupported versions of Windows 10.  Once your copy of Windows gets out of date, all sorts of things can start to go wrong.  Also, you have a less secure operating system, due to the lack of security patches.  Updating now not only gets you fully patched, but ready for the 2004 release.

Contact us today, and we can help you get up to speed.